The following is a query critique. Comments, suggestions and discussion are welcome and we hope you join in. I can only offer one opinion, so the author of the query and I would like to hear yours!

What is this, a new trend? This query had no greeting. While this is not immediate cause for deletion or rejection, it could wind up being that one infraction of many that caused the agent to look elsewhere. “Dear Ms. So-and-so” is always best. Quite like ladies picking up the tab on a first date, some trends don’t work out.

Ants and Candy. What? You might like this–think it’s witty or funny–and it might be, but since I have no idea what you’re talking about, this doesn’t make me sit up straighter.

We humans spend much time fighting, kicking and screaming over many things on Earth that seem so monumental; while elevating the marginal, we devalue the paramount—and place the capital letters of Life where lowercases should be: We’ve turned stuff into Stuff. <—what capital and lowercase letters? Metaphors only work if the figurative and literal both apply.

When the casket or urn is sealed, what will really matter? Depends on whom you ask…and at this point, I’m wondering what the point is. You’re into your first paragraph and I have no idea what you’ve written, for whom, or if I will like it. That’s a problem. It may be “business as usual” for most of us while we careen along in our 75 miles-per-hour lives; surf our 56 megabyte-per-second data connections; and text-while-driving with our lightning-fast opposable thumbs. Wait, wait. This  sentence–which has been split into two sentences because even you knew it rambled too much–began with a conditional phrase, “It may be…” but where’s the punchline? It may be business as usual to us, but to whom is is not business as usual? And what is business as usual? Life? Death? But, if we run this Race and miss the Scenery (why is this capitalized?) and the other Racers (and this?) along the way, have we really even run at all? Yes, actually. Never ask an agent a question that might make you look stupid when they answer it. [redacted] provokes us to consider and truly value the most important thing ever—people and how we treat them. How? How does it provoke us? How does it make us value anything? Quite frankly, if you’re not able to make me value this query letter, I doubt your ability to make me value anything. In clearer terms, I mean to say that if you can’t use your words to provoke me to want to read more, I don’t imagine that your book will make me think. That might be completely off-base, but you have given me nothing to judge you by except for these few words. That’s why they count for so much. If ever there was a forest that has been occluded by some very big trees…. Um, what?

About me. <— you do not need this.
I’m an freelance writer and national award-wining songwriter. <— good to know! After many years in the funeral and cemetery profession, one gets a slightly different perspective when considering the things that really matter in the End. I am a member of the Florida Writers Association and the Clay County Writers (great to know!) and reside in Orange Park, Florida. (Doesn’t matter at all) My passion is provoking people to dive deeper into this “life thing” we’ve been given. In my literary writing, I do just that; hopefully with a chuckle; and a “hmm” along the way. This is literary? Wow. This whole time I thought it was prescriptive nonfiction. That’s a big problem. If this is literary, then it must have a plot, unless you’re Virginia Woolf, in which case I don’t want to read anything you’ve written. If you’re not Virginia Woolf, then I will still need to know the plot of your book.
Thank you for considering my 32,000-word non-fiction: [redacted]

Comments Off on QueryDice #47: Nonfiction? 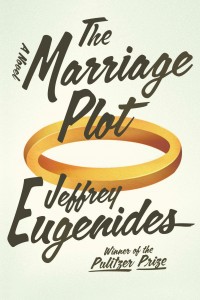 Happy Valentine’s Day! And now, a book review about love:

Book critic, William Deresiewicz, in The New York Times, wrote that Jeffrey Eugenides’ The Marriage Plot was not about marriage, or even love at all, but like his other novels, was primarily about “the drama of coming of age.” This review was laced with acidic undertones of condescension and a just-below-the-surface but obvious dislike of most of Eugenides’ work. As an aside, I am never completely smitten with an author’s work. There is always something about it that I don’t like. You don’t spend your life criticizing the written word and retain the ability to turn that off. Regardless, I will never write a negative book review. I don’t believe it is helpful to anyone, least of all the author. If I really looked down upon that author’s work, my agenda would be better served to keep mum about the author altogether. The worst review is no review, in my mind.

Anyway, Deresiewicz’s interpretation of this novel was precisely my own…at first. I felt exactly the same way. I’d listened to the audio performance, and after the last words, I looked around at the NJ Turnpike and thought, and? On the surface, this novel is about a trio of college kids who graduate and then try and figure out life, love and opportunity. Nothing actually comes to pass. Nobody appears to make any sort of satisfying transformation. In fact, nobody gets what they want, either. Then, sitting in traffic, I listened to a short, accompanying interview with Eugenides, which I thought would shed some light on what he was trying to do with The Marriage Plot. It ended by the time traffic started moving, leaving the novel unilluminated. I lit a cigarette and wrote off Eugenides, deciding not to read the next book he publishes a decade from now (he writes a book every ten years or so.)

Never before have I found the aftertaste of a novel to be more powerful than the novel itself. In the days that followed my reading of The Marriage Plot, the novel sank into my brain like a slow wave of awareness overcoming me. Bits of it would return and smack me in the face as I looked at love and life around me. Deresiewicz entirely missed the point. This was not a novel about young people finding their way in the world, it was a novel about the consequentiality of love in our time. The marriage plot refers to the structure of a Victorian novel in which marriage was the be-all and end-all. The finality of marriage in that time was what made it so important and so dramatic and so weighty for the characters to get married or to pursue that. It was the ultimate goal of love, a move to secure financial goals, societal goals and familial expectations. The love itself was really sort of secondary. Now, Eugenides subtly but brilliantly asserts in his novel, the consequentiality of our love is not what we do with it, but what it does to us. With marriage stripped of its weight, becoming a sort of romantic, knee-jerk impulse or a strategic financial move, love takes on a life and weight of its own. While love was once a vehicle used to travel to marriage, it is now a vehicle to travel to transformation, which is not a destination or an end-goal at all, but an on-going journey. It’s about the journey, not really where you end up, which is why in Eugenides’ novel, nobody ends up anywhere. They continue their journey.

The novel’s female character, Madeleine, is stifled by her love. She becomes an in-service, overshadowed mistress to her boyfriend, Leonard, who has a significant mental illness. She’s intelligent and beautiful and could probably have any man she wants, yet because she loves Leonard, she installs herself under the crushing weight of the man and his illness. Leonard himself appears to be perfectly healthy in the beginning of the novel, but when he falls in love with Madeleine and realizes that this has an actual affect on him—it changes his behavior, his thoughts, his motivations, his life—he falls into his mental illness and appears to swim about helplessly and almost indulgently in the throes of it, Madeleine’s service to him only bolstering and enabling that illness.

The third character, Mitchell, spends almost the entire novel in love with Madeleine. The very idea of her motivates him to travel around the world, to alter his perception of people and of life and love, and then at the very end, because love is no longer locked into the finality of marriage or the weight of that institution, this changes for Mitchell and, now motivated by the love he used to feel for Madeleine, his journey takes a turn and continues.

The Marriage Plot was a powerful snapshot of what has happened to love, or rather its impact, and the author makes no definite comment about the consequences of that. Like a poet, he seems to prefer to leave his assertions up to interpretation. Its impact still hits me sometimes, as I recall a phrase or a situation and apply it to my own life or those around me.

In the novel, Leonard is a scientist studying yeast cells, which are interesting because they closely resemble human sex cells. During a heated argument with Madeleine, he makes the observation that these yeast cells, when in crisis, immediately separate as a matter of course because it is easier to protect themselves as single cells in the face of crisis. I would have paid full cover price just to let Eugenides drop this one exquisite metaphor on me.